The monetary problem of the world seems endless and impending. We see a quarter of the world population thrives with so many indulge including the extensive banking system, easiness in the monetary transaction, and the abundance of the platform that support it. The rate of corruption, which is the primary disturbance in the flow of cash, is also low so that the financial health is excellent. But we see half of the world population are suffering since the banking system does not entirely cover the whole community, making the people relies on the conventional and high-risk kind of transaction. Therefore the operation is tedious and time-consuming, making the economic growth very slow, and the social changes stagnate. This kind of issue needs to be balanced out otherwise the situation won’t change at all. The location is also worsened due to the massive centralization of monetary market, making the majority of the people are having so many difficulties in having access to the portion of the money that circulates in the center, to put it just a loan.

A loan are supposed to become one of the tangible solutions to make encourage the economy of the people and thus creating a new job field and stimulating the growth of the economy, and further is decreasing the poverty and eventually end it. But ironically, since the poor people are not having some degree of access to the service of the banks, making them very hard and restricted in gaining some access to the loan, and therefore they are unable to change their situation. This is also worsened by the high rate of corruption that infests the local and central government making the aid of the government are not fully distributed among the needful and making the poor people are more prone to any financial crisis. The Southeast Asian nation and the eastern European nations are perhaps the best examples for such a crisis. These nations suffer several degrees of poverty while no obvious solution is to be seen.

The issue concerning the monetary situation can be summed up in several points, they are:

1. Corruption
Corruption deals the most devastating damage to the whole economic situation since the crime can cut the money out of the people and make several aids are not distributed evenly. That makes the disaster more impending since the poor will be left behind and making the prosperity gap wider. The counter corruption task force in some countries such as Indonesia has been successfully diminishing the number of the corruption by arresting a large number of politician who conducted the corruption, but the number alone tells us that the case of corruption in Indonesia is far from over, and more people are still suffering and fighting for a living.

2. Adoption of technology
Many western countries such as the west of European and the USA were perhaps not seeing this as a vital issue of the people, but in the south-east Asian nations, this is indeed the major problems that hamper the progress and growth of the economy. The technology is the key to alleviate several issues such as the centralization of business and flow of cash, the transparency, the expansion of the market and so forth, but the lack of technological adoption in several areas are forcing the people to conduct their business and governmental affairs in the old fashioned way. That is sure renders the communication almost disabled and thus making it very ineffective and inefficient. The tech needs to be adopted to open up some new possibility and therefore to make the society can progress to a better way and situation since the tech often provides a new direction and perspective to see the problems ahead.

3. Trust
There are severe trust issues in the south-east Asian nations against the bank since the bank is said to be evil corporations that seek only profits and subjugate poor people. That sentiment is entirely political since it is not entirely accurate. Relying on the bank in several degrees is quite a good choice since the bank will make any transaction more comfortable and faster. The transaction that concerns the business owner could come in the supply and any things that are ultimately easier to be conducted via bank transfer since it is not very wise to carry million in the form of paper and strolling the street. The bank needs to be trusted since it is the only way people can have the smooth transaction and therefore igniting the economy of the people. The bank also provides safety and security for your capital, and it is the more perspective way of saving compared to the old fashion piggy bank that is quite popular centuries ago.

4. Paradigm
The whole issues actually can be summed up in this point, which is the paradigm. Be it, businessman or politician, the paradigm concerning the transparency in any transaction, or the usage of money is required to create a better situation for the whole nations. The people also need to have some degree of curiosity concerning the usage of the new tech to alleviate and changes how people do things. This is what is lacking in the third world countries, and therefore some platform is required to penetrate the market and changes It radically.
The radical changes can only be ignited by the third parties organization that encourages the changes to the society and the government. Fortunately, there is a new emerging platform that is prominent to address several issues above. Maybe not to solve all of them since it will take times, but to alleviate the situation so that the economy can grow and the prosperity can be better for the whole people.

To know more concerning the monetary issues of the world, you can access several links below.
https://traxion.tech/
https://www.facebook.com/Traxion.tech/

Moving Towards the Future with Traxion 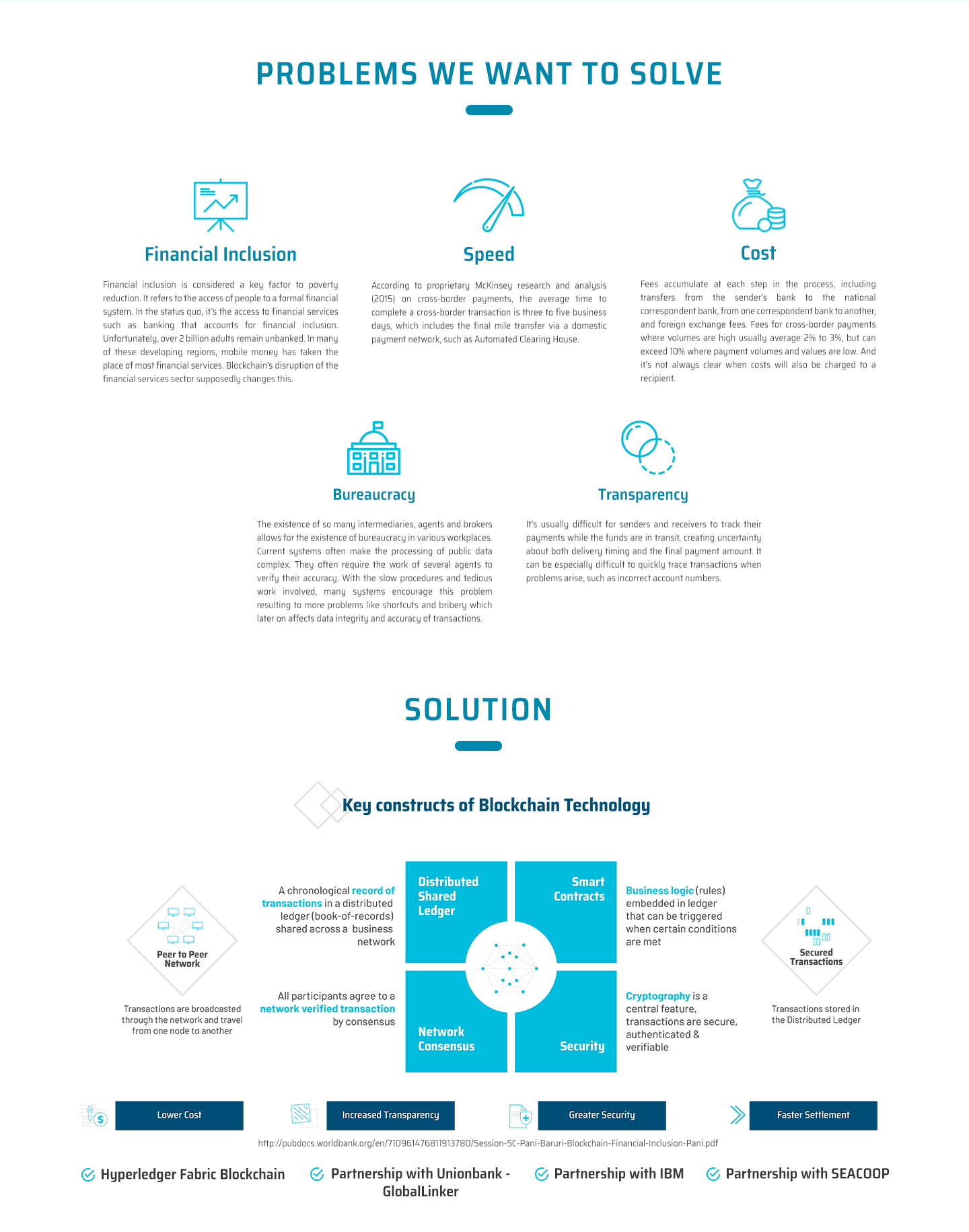 The world now undergoes some radical changes due to the introduction of new tech and utility that has not ever known before. The world of monetarily related businesses is growing more and more decentralized and thus making several new possibilities in the business realm. The transfer and relay of the information are instantaneously making the business can grow in multiple places and the lowest cost possible, and that is the blockchain. The blockchain is the series of links, as the name suggests, of the system that connects one platform after another, making it very decentralized and directs. The blockchain system is heavily used nowadays in the forms of various cryptocurrency platforms. The crypto platform is growing intensely nowadays since the tech of the blockchain is getting stronger each day, and through the blockchain, traction is born.

Unlike the other crypto platform that seeks to disrupt one particular business field such as the domination of Getty images in the world of photography, the domination of the country in the world of research and paper publishing and so forth, the traction is different. It seeks to disrupt the whole monetary realms, from its core, from the transaction, the form, and up to the currency. This is a serious business indeed, and therefore involving so many experts on this particular fields to support the creation of traction. Traxion now is filled with so many experts in the financial sectors department, to the crypto experts that will provide a stable platform for the people to rely upon. As general, there are several purposes of traction.

1. Encompassing all kind of transaction
In the world of economy, transaction act like a blood vein, and thus the faster it is, the better. But unfortunately, the speeds of the transaction nowadays are insufficient due to the complexity of the laws that have been imposed by the government, and the infrastructure that supports the transaction merely is lacking. There are a lot of grounds to cover by the platform, but the simplest way is to introduce the platform to the business owner, and start to integrate the communities so that the transaction, be It the fiat or cryptocurrencies are accepted and thus accelerating the transaction and opening up new possibilities. The platform seeks to introduce this service to the massive amount of small business owner so that they are integrated to the services and makes them easier to grow their business.

For further information concerning the platform goals, you can check the website below.
https://traxion.tech/documents/Traxion%20Whitepaper.pdf
https://bitcointalk.org/index.php?topic=3043553.

The Token Sale of The Platform 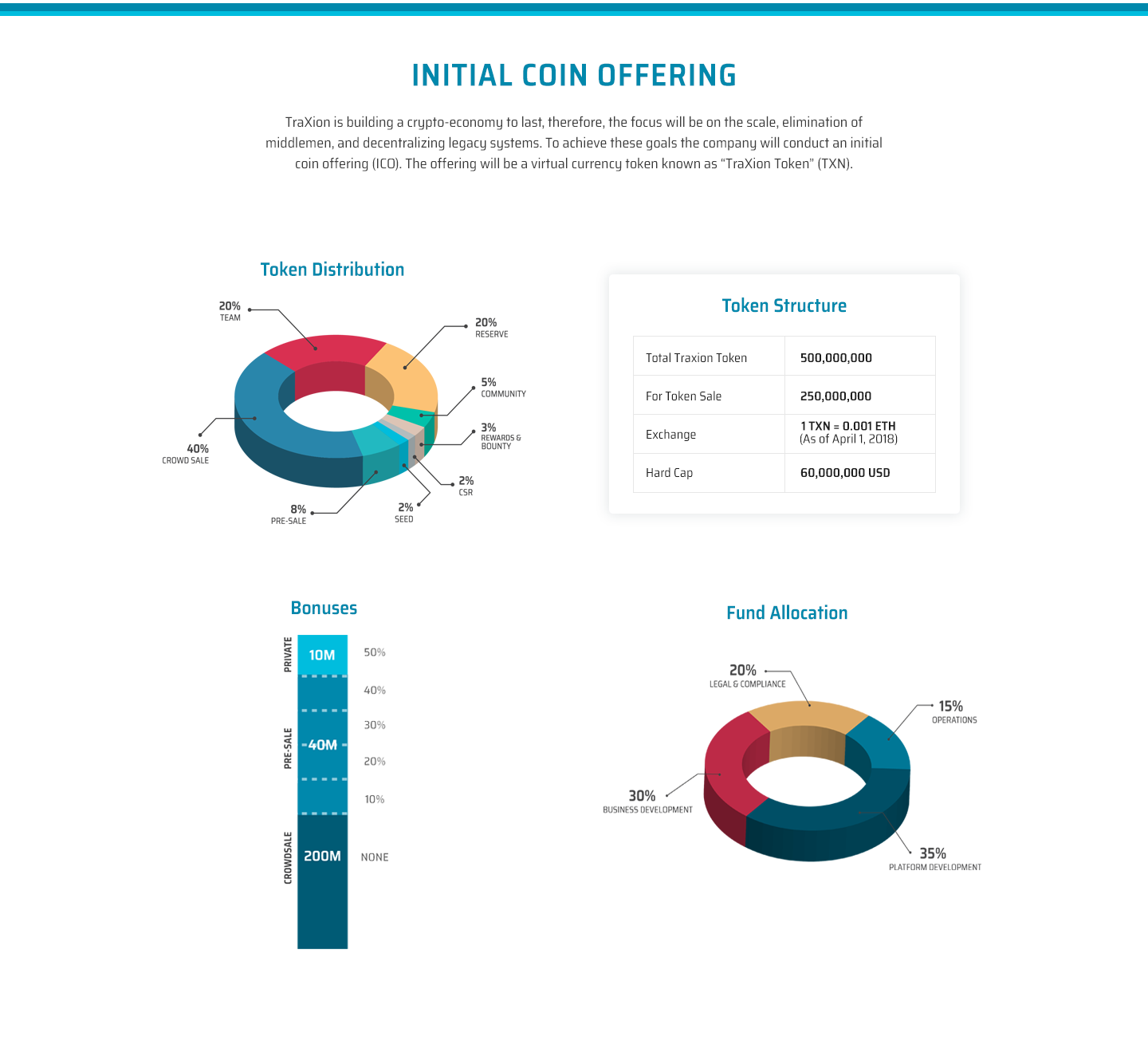 And just like any other crypto platform, this one too has the token that they sell. There two types of the sale that is now ongoing within the platform, which is the pre-sales and the crowd sales.

1. Pre-sales
Pre-sales still occurs, but unfortunately, they did not announce the end of the pre-sale just yet. What we do know is the cap is almost reached, which is 40 million Traxion token. The pre-sale will have the consecutive 40% to 10% bonuses that will decline 10% per week.

As for the total token that is ready to be distributed for sale is around 250 million Traxion token, equivalents to 45 million dollars. And for the people who want to join the sale, they need to spend at least 0.50 ETH or about 500 TXN token. The token mostly will be used to conduct the internal transaction that exists in the platform, or conducting the transaction outside the platform, or invest it for future use.

This prominent platform is quite active In building several cooperation with many platforms such as Reddit, seacoop, IBM, etc. to fulfill their promise which is to integrate the whole financial world, be it the fiat and the crypto alike, so that the people will be more comfortable to conduct the transaction with their money, no matter how far it is. The scope of the platform need to cover as wide as they can so that the people can enjoy the services of traxion, no matter what services or products that they want to purchase. 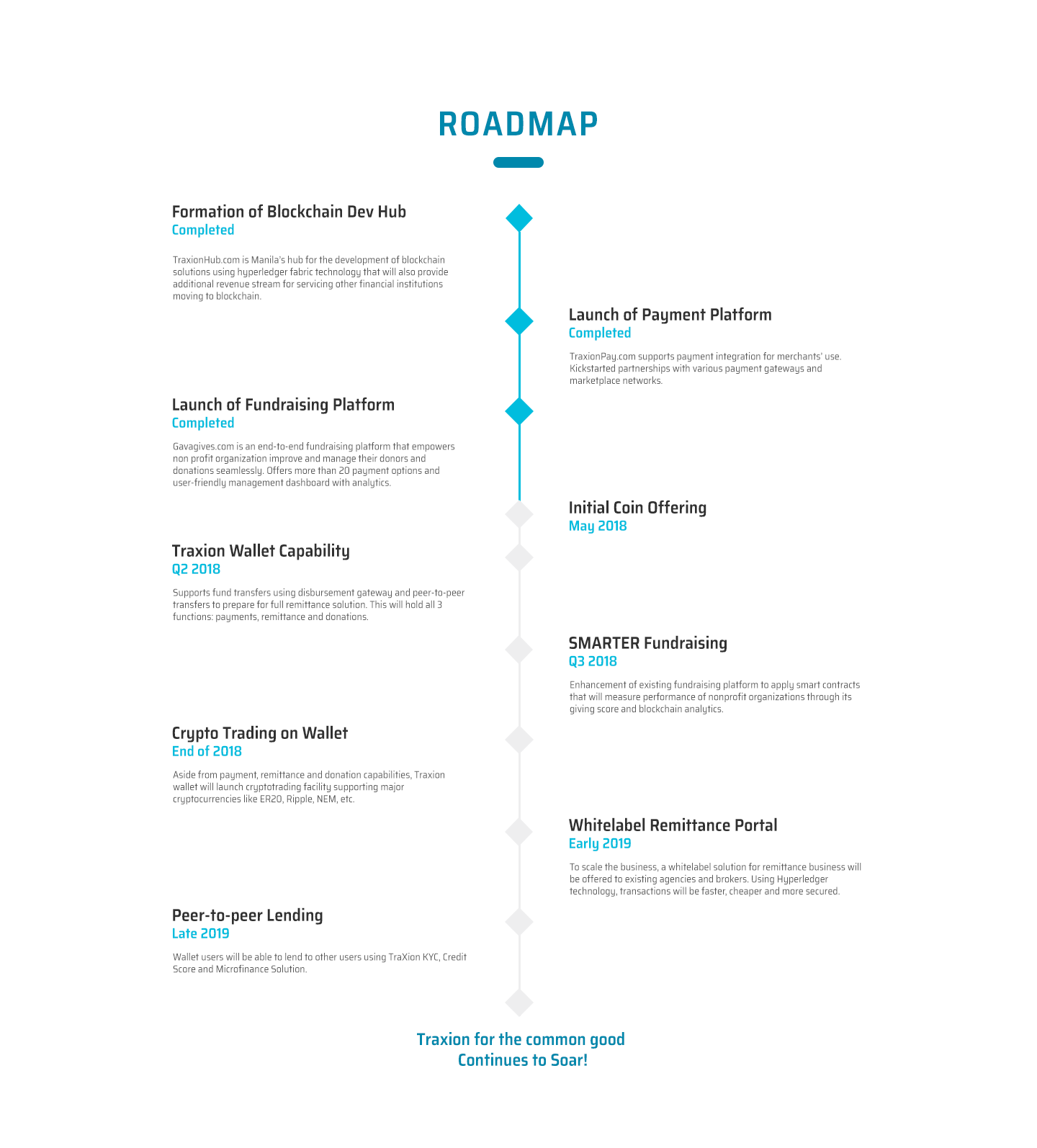 For the token sale, you can refer to the links below.