Between Easy Feedback Token and Electronic Money According To Indonesian Laws

During globalization in the economic sector, there is third party effectiveness between companies and consumers. Present to provide easy feedback token, or gifts to consumers.

Easy feedback platform is a new entity in the world of the Indonesian economy, which was born in mid-2015, the presence of this feature in the world of economics is considered very appropriate and effective. Through these features, consumers can contribute to making the system of a company better. This feedback is the mediator between the two consumers and the company. The role of Easy Feedback here accommodates various complaints so that it is better targeted to the company and more effective and intimate. Communication established between consumers and producers. And give a reward called Easy Feedback Token, but the Easy Feedback feature itself uses a single container called Blockchain. 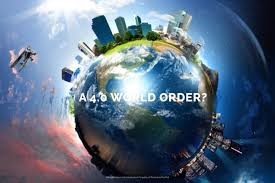 Blockchain as a place to record digital transactions that use cryptocurrency, but its role is different from Bitcoin. Consumers who have provided excellent and constructive feedback for the company will get a reward. Also, it can be an exchange rate for other purposes, keep in mind this is not using the official Indonesian currency, the rupiah.

Some advantages can be obtained by consumers to get these benefits in the world of transactions on easy feedback, such as:

Easy Feedback has invested $ 730,000 in capital to finance product development and commercialization. Since then, more than 200,000. Feedback messages have sent to more than 9,500 companies in 40 countries and their countries. The primary purpose of the Easy Feedback token that is now being a launch to utilize blockchain technology improve services. That has provided and expand the benefits of the tool, and it means profit both companies and customers

Bearing in mind that other countries have legal arrangements related to exchange tools or can be called electronic money generated from rewards for using this Easyfeedback. There are several issues related to electronic money in its existence in Indonesia concerning Blockchain and Bitcoin.

Bitcoin and Blockchain, these two new terms in Indonesia, that between the two terms are entirely different. Blockchain works as a container of transactions that are cheap, fast, and easy to use. Bitcoin is like a commodity that is a necessity and its price from time to time will significantly change and caused Indonesia’s economy decreased

In 2009, Satoshi Nakamoto, a young Japanese man, made a discovery that is electronic money, which is familiarly called Bitcoin. This electronic money uses a database that uses cryptographic networks as security. Bitcoin can access by having a Bitcoin address. The role of law enforcement in Indonesia will be challenging to track the existence of this illegal electronic money practice.

As the primary tool in the smooth running of the life of the state, it does not deny the fact that money has a significant role. Therefore the money in Indonesia is given a separate explanation in a document of the Law published in 2011.

What is a problem of the Easyfeedback Token?

Companies actively seek feedback because this is a strategic tool for achieving excellence, increasing sales, and reputation. In the process of gathering feedback, companies use more resources and channels: directly, by the forum, chat, telephone, web form, email. All chains used to collect input must function to be able to pay attention to customer suggestions and complaints questions. The problem is the lack of internal control when feedback occurs even though the company has invested the money. Second, the lack of human resources in the company to manage the existence of feedback, it is very detrimental to the company.

Easy Feedback has production areas in various places, one of which located in Ireland. In Ireland, 128bit SSL certificates comply with European regulations regarding the personal protection data and Electronic Commerce. Easy Feedback makes extensive use of email. For this purpose, it integrated with the Send grid tool, which allows it to send large-scale email safely and also to control it. It is also easy to have a redundant server other than Ireland, which is Amazon as a critical place. System information is copied to prevent potential disasters.

Feedback quickly collects large amounts of information from all feedback sent by company users. For this information to comply with European regulations on data protection, the feedback has implemented the technical and legal steps required for compliance.

Feedback from customers is not public. The feedback was sent personally to the company management team. If customer complaints do not receive adequate treatment, legal services from Easy Feedback offer the possibility to study the option of filing lawsuits or lawsuits outside the legal process. With the help of legal services from Easy feedback, it allows customers to get convenience so that their rights are guaranteed.

As a conclusion, Easy Feedback Token is a facilitator between companies and consumers, which impacts on obtaining bonuses to consumers who make constructive criticism for the company’s progress in the form of rewards. Using the Blockchain system that is related to Bitcoin, but both of them is different roles. So the Indonesian government is very concerned about this to the point of rejecting the existence of electronic currency or Bitcoin because it is contrary to the Law on money Indonesia.